Keeping Them off the Streets – a youth work story 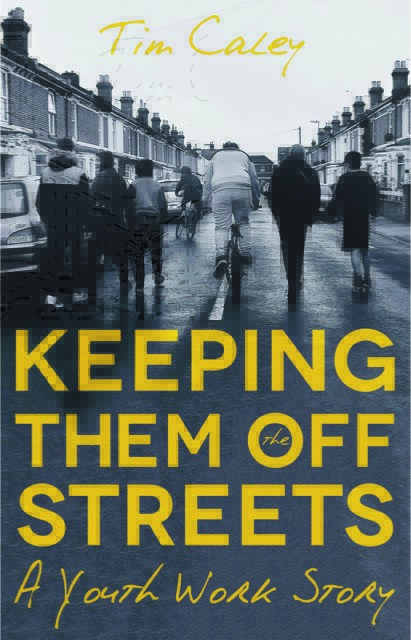 The following is a guest post by Tim Caley, reflecting on his recently published book, ‘Keeping them off the streets – a youth work memoir’ – available here. We highly recommend Tim’s entertaining and thought-provoking book, which reflects on forty years of youth work practice, management and policy through the prism of Tim’s own experiences – from being a sessional worker on a Sheffield housing estate, through the challenges of delivering a successful youth service at a County Level, the world of the Ofsted inspector, and finally a private consultant in youth services. Over to Tim…

Working with young people has always been something of a fragile occupation.  Rewarding certainly, but tinged with elements of professional insecurity and uncertainty.  Youth work has always been at one ‘crossroads’ or another, always like Cinderella: uncertain about arriving at the Ball.   There can be moments of rare pleasure, potent examples of good practice, stories of significant achievement: there are moments when things ‘just click.’   In youth work, it seems, the height of the ‘highs’ is matched only by the depth of the ‘lows.’

That starting point – by way of an introduction – is prompted by having just finished writing my own youth work story.  A task that was compelling, cathartic and (mainly) a labour of love.  Of course, I’ve been around a while now.   It was 1972 when a Sheffield police inspector told me that youth workers ‘…should all get medals as big as dustbin lids for the work they do.’ Now that was a surprise and a comment which has remained with me ever since.  Naturally, I think youth workers are a special breed – bringing unique and idiosyncratic talents to supporting teenagers in a way that no other professionals can.  Probably it’s the stories of individuals that stick most in the mind; the clearest memories that best illuminate our craft and tell our story.  Like my first members at Kelvin Youth Centre, the club programme, the critical incidents, the shared experiences – just the things we got up to, really.   And then there was Pete.

Extract from ‘Keeping them off the streets’

And then there was Pete. He was seventeen or eighteen, older than the majority of members: a big and muscly boy with powerful shoulders and a build like a boxer’s.  When he walked he moved with precision but rolled a little from side to side. Yet he had a round, open face which made him easy to read, and which belied the aura of potential aggression he seemed to carry. Reputedly, Pete was a hard man on the Kelvin. He joined the club on the first night and was a regular. Funnily enough, he rather took to me – deciding that I needed ‘looking after’, protecting from problems created by other members or outside troublemakers.  After all, I was only a few years older than him and he was pretty acute (and accurate) in spotting my wariness of him and how he might behave. In fact, he developed a fierce loyalty to the club and got involved in everything we did. He’d accompany me to Makro and help load my car with coffee-bar stock; he manhandled our twenty-foot-high Christmas tree into position and spent days decorating it with lights and baubles. He decided he was best placed to captain the embryonic KYC football team, and chose the shirt colours and club logo as well.

But he could still be volatile and his moods could swing from benign to violent very easily – albeit not when he was in the centre. When I reopened the club after that first Christmas, Pete was missing. The members soon told me what had happened. Over the holidays, he had brutally beaten up his parents and held them hostage in their flat for two days and nights, barricading the door. Neighbours finally broke in to release them and Pete was arrested. The Sheffield Star ran with the story as its front-page headline, and subsequently for some while. No one really knew what had triggered the attack and why it had involved such violence. It came as a shock to me and it was hard to know how to react. Writing a letter to the court recounting his loyalty and positive contribution to the youth centre seemed a pretty futile response, although I did my best. His parents recovered and Pete was eventually sent to Walton Prison in Liverpool. I got a few letters from him at first – mostly asking after the club and how his mates were going on – but they soon petered out. I drove his mum and dad to visit him at Walton on one occasion but they wouldn’t let me in to see him: family visitors only. Sadly, he never returned to the club and I never saw or heard any more about him. One of those relationships where you think you could have made more of a difference – if only there had been more time. 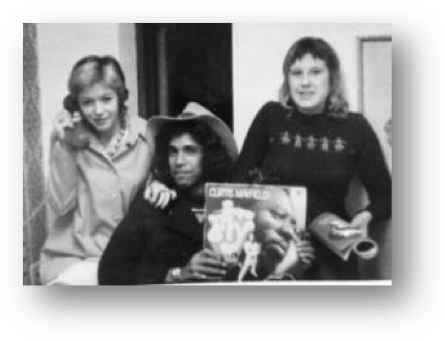 We were incredibly popular and busy in those first six months and I’d relaxed enough to begin to really enjoy the job. Football teams were formed, film shows were arranged, a Saturday-morning junior club started, and there were fashion shows, coach trips and visits galore – Derbyshire, Blackpool, Skegness. It would be tempting to claim that all these events and our regular club programme were founded on a clear rationale about the nature and purpose of youth work practice and intervention. In reality, I just copied what other youth clubs seemed to be doing, or listened to the advice of my more experienced colleagues in planning and arranging things. Certainly, the trips were offering new experiences, growing self-awareness, confidence and loyalty amongst our regular members; clearly, taking them out of their home environment broadened their horizons and awakened new interests. But that was more an accidental by-product than a premeditated outcome. They were never quite sure about me personally and what my role was. ‘What do you do in the day, Tim?’ they would regularly ask me. Yet they accepted me without hesitation, unconcerned about my youth and obvious lack of experience. Like Pete, most of them were keen to help me succeed and shared my ambition to make Kelvin Youth Club a success for its new membership. In my eagerness to make the club programme a success and to increase our burgeoning membership, I occasionally responded far too eagerly – arranging events and activities that a few individuals might have suggested, but which often failed to take off.

Developing a sense of loyalty took time, of course, and we never had enough of that. But it was a positive period reflecting a burgeoning youth culture: when young people could escape from their homes and join their peers to enjoy themselves out of school, in their leisure time and in a safe place they could call their own. Even our dedicated girls’ ‘powder room’ (it felt like an old-fashioned description even then) was partly a symbol of that sense of fashion, clothes and make-up that the young female members were displaying.  There were occasional episodes that cemented our relationships as staff and members in particular ways. One evening, a group managed to get into an upstairs room, normally locked, where the hot water tank was sited. They kicked and broke the valve by sitting on top of the tank and some sixty gallons of boiling hot water cascaded down the stairs, through the ceiling and the light fittings, and onto the floor below. Chaos ensued for a while but no one was hurt and, mercifully, the lights stayed on and no real damage was caused. Interestingly, whether through guilt or otherwise, a group of members stayed with us as a staff team until after midnight, clearing up, sweeping waves of water towards the front door, trying to dry off the soaking furniture, carpets and equipment. It was one of those shared moments when your members ‘come good’, when a critical incident brings people together to make things right again, when they began to speak of the ‘youthy’ rather than the club. Many of them recalled the ‘flood’ at the club years later – long after the building itself had closed down.