Sleepwalking into an Orwellian Cage : On Regulation and Surveillance 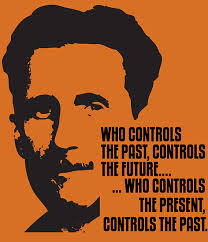 Over on Facebook one of a cluster of links reporting the increasing surveillance and regulation of young people’s lives caused one of our supporters to comment, ” I am shocked at the lack of a response, we seem to be sleepwalking into an Orwellian cage.” Given not all our followers visit Facebook here are some of the reports informing his and our outrage.

More than a million pupils have been fingerprinted at their secondary school – thousands without their parents’ consent, according to new research published on Friday.

At last, a law to stop almost anyone from doing almost anything

Protesters, buskers, preachers, the young: all could end up with ‘ipnas’. Of course, if you’re rich, you have nothing to fear
The new injunctions and the new dispersal orders create a system in which the authorities can prevent anyone from doing more or less anything. But they won’t be deployed against anyone. Advertisers, who cause plenty of nuisance and annoyance, have nothing to fear; nor do opera lovers hogging the pavements of Covent Garden. Annoyance and nuisance are what young people cause; they are inflicted by oddballs, the underclass, those who dispute the claims of power.