In or Out of the EU? A Resounding Vote ‘NO’ from Doug Nicholls

I’m not sure to what extent the European debate is animating either youth workers or young people. Is it yet another political issue, about which people shrug their shoulders? Within youth work itself the Community and Youth Workers Union had a long history of opposition to the European Union. In continuity with this critical tradition Doug Nicholls argues powerfully the case for a ‘No’ vote in the coming referendum. 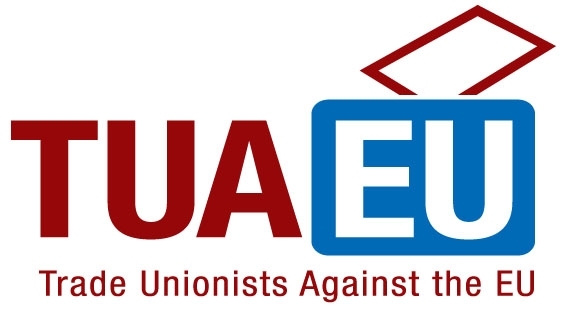 Vote No in the EU referendum.

Doug Nicholls, is Chair of Trade Unionists against the European Union and encourages youth workers to join this debate critically. http://www.tuaeu.co.uk.

One week’s worth of net UK payments into the EU could fund the entire English and Wales Youth Service at 2009 levels for a whole year. Actually the £350 million it would be, is a bit more than the whole youth service spent at the last count.

Youth workers should feel very closely involved in the campaign to leave the EU. Those in UNISON will recall that NALGO as was led the charge against the Maastricht Treaty as it built privatisation and austerity into the EU. Those in CYWU/Unite will recall that for many years it opposed Maastricht then the Single Currency, then the EU constitution masquerading as the Lisbon Treaty. The concern of youth workers originated in concerns about youth unemployment and the EU has been a slo growth zone of mass unemployment since its inception. There are currently 22 million people unemployed in the EU and in some countries there is 50% youth unemployment.

The Youth Service in England and Wales has been one of the long list of victims of neoliberalism, an austerity policy, a class war as Chomsky calls it, designed not just by nasty Tories but ini our neck of the woods by a supranational state called the European Union.

The prospect of some socialists voting yes in the forthcoming EU referendum is a frightening one. The prospects of some sections of British small business and the Tory right leading the no campaign are just as bad. An anti-worker no vote will be as bad as a delusionary pro worker yes vote. Both have profound negative consequences for our Movement and could tighten the chains of the neoliberal project around us.

A resounding no should be coming from the working class socialist movement. That is why campaigners have formed Trade Unionists Against the European Union.

The EU has never worked in our interests here or throughout Europe and the world. The opportunity of the referendum on continuing EU membership offers a real opportunity to say no to austerity and the domination of the banks and to escape the clutches of the most anti-democratic state in the world. It is a major opportunity to express our internationalism and belief that another world is possible. It is possible by voting no also to drive a significant split in the Tories and wound the government.

It was trade unionists and socialists who very much led the campaigns against joining the European Single Currency and youth workers in CYWU played a major role in this, and faced the usual hostility of the media and the reactionaries within our own ranks. But imagine where we would be now if Britain had joined the euro. Voting yes in the referendum will lead to renewed calls to join this single currency club and worsen our situation. You can’t be in the club unless you are part of all of it will be the argument. Forgetting that to change the club rules you have to get 28 countries to simultaneously agree with you.

The hostility of the British people to the continuing EU centralisation and its remoteness from our democratic control and influence has led ultimately to the demand for the referendum. The British people last voted in a referendum on this issue in 1975 when it was a question of joining a Common Market. Although this was a deception even at the time, we have never had chance to vote on the recent key neoliberal Treaties that underpin the EU today. We have never had a chance to vote on whether we want to be part of a political and economic union led by those no one elects who make 50% of our laws. At last we can express our views on these things and to accept them would be ludicrous.

The coming EU referendum provides a very significant chink in the armour of the Tory majority rule and the drive to a more authoritarian, more rampantly neoliberal agenda generally. To miss the opportunity and fail to put the knife in would be tragic indeed.

While the Fixed Term Parliaments Act and the Recall of MPs Act and the current parliamentary composition in Britain mean that it is near impossible to remove this government constitutionally, or by continual protest and opposition, the opportunity of a referendum on the EU provides the people with a unique chance to upset the whole austerity apple cart and end our relationship with its strongest European advocate. To fail to seize this moment with clarity will bring in another forty years of more severe problems for the working people of all EU member states.

The simple historic clarity that the EU is and was always a bosses’ club led by the employers’ Roundtable of Industrialists and the secret machinations of the European Central Bank which primarily benefits Germany, is in danger of slipping away just at the time when the EU is adopting more and more anti worker and anti-trade union measures. Germany is doing well, hardly anyone else is, and Germany has been happy to bring some EU member states to their knees to retain their control, prosperity and power.

Many in the movement believed that the EU was the creator and saviour of manufacturing and other jobs in Britain and the safety net for employment rights. As the chickens come home to roost on these illusions and the EU continues to pile up its mountain of mass unemployment throughout the continent and forces through the break-up of collective bargaining, pensions and workers’ rights, a real world assessment of these matters should take place. The only safe havens the EU creates are for tax avoiders, not workers.

You cannot oppose TTIP and TISA and support the EU. As a supranational neoliberal body hard wired since its inception by austerity and anti-public services policies, the EU has sometimes secretly sometimes overtly developed the mechanisms to override national democracies and sovereignty. Its work to create TTIP is but one recent example. They need TTIP badly and the United States which will benefit greatly from it has long advocated the creation of the EU. If they don’t get it in its current form because of opposition they will get it in other ways.

The EU parliament is toothless. The EU’s politics and economics are entirely determined by the banks and large corporations. It is a super-state with no real electorate, it acts entirely in the interests of capital. The EU’s four founding principles are the freedom of movement of labour, capital, goods and services. These cannot be reformed away from within. The EU exists only to promote these ‘freedoms’. The mass forced emigrations it has caused have led to a tragic and nomadic life for millions.

Some argue that while the EU is entirely neoliberal and constructed in the interests of big business, it can be reformed in the people’s interests. The EU has ensured it is reform proof and its fundamental neoliberal orthodoxy enshrined in its Treaties and its right wing majority make internal reform impossible. The socialist group of MEPs is one of the smallest groups.

Some argue that Britain would be isolated alone and economically weak outside the EU. Renationalising rail, utilities, the post office, energy supply and bringing public services back into public hands with a strong local government infrastructure and manufacturing investment would strengthen Britain and all such policies are illegal in EU terms. The break-up of a strong manufacturing based economy with flourishing publicly owned services and infrastructure has been the very purpose of the EU and severely weakened our country. Britain’s real economy has never been weaker than it is today. The role of EU membership in bringing us to this position should never be forgotten.

The European Union has always wanted to divide member nations up into smaller competing economic zones. At the top a vast centralised super-state, at the bottom fragmented economic areas begging for handouts and national governments unable to plan coherent industrial policies and mounting up unstainable balance of payments deficits and forced to comply with EU rules regardless of national interests.

EU membership has cost a great deal in hard cash. The EU is legendary for its internal fraud and waste, yet Britain’s net annual payments into it are £10 billion a year. It is said but we get a lot back, we don’t. It is said our payments help the European poor, they don’t, poverty and unemployment ravages the continent and the main beneficiaries of our EU payments are directors of companies, big farmers and the opulent Commissioners and functionaries of the EU.

The EU has never had anything to do with internationalism and solidarity between people’s. It stoked the flames of hatred in many areas and the war in Yugoslavia. Now it supports the extreme right in the Ukraine who are so keen to join its club with more than a little encouragement from German imperialism. The EU has not brought peace to Europe as many hoped, it has sharpened tensions and wars.

Ironically the usual internationalism of the British trade union movement has been a little lacking when coming to support for workers throughout Europe in their struggles against EU policies. General strikes have erupted frequently in other EU countries, but have been reported on little here given the largely pro EU press and media.

The EU as we have seen in Greece and Italy has not been shy about putting bankers in direct control over countries and replacing democratically elected government and as in the case of Syriza doing all it can to undermine anyone vaguely opposed to EU diktats and using their own money to employ and look after their own people. The socialist government of Portugal wants to take on austerity, the Troika moves in and tries to prevent them immediately.

We have a unique opportunity to break the chains of neo-liberalism, let us hope that we take it.

All those concerned with young people should vote no in the EU referendum.

TUAEU LEAFLET AGAINST THE EU