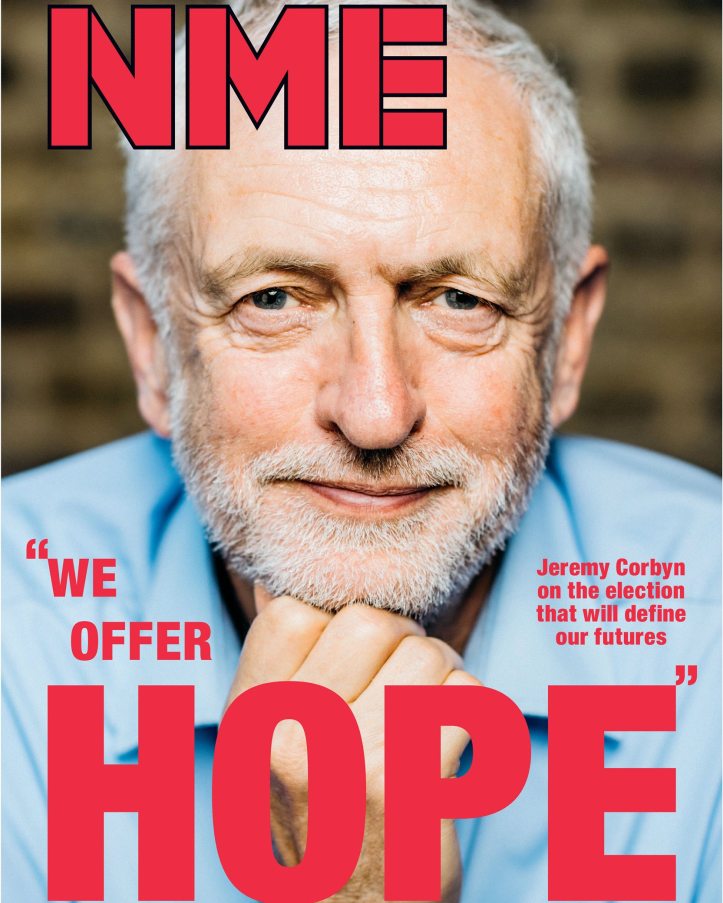 Back in the era of punk the Wigan Youth Service subscribed to the New Musical Express [NME]. As the Service’s training officer I urged youth workers to scour or, at least skim, its pages. I argued that knowing something about the Clash or Siouxie and the Banshees opened up the chance to chat with young people about all manner of things. Whilst the NME is no longer the cultural force it was in those days, Jeremy Corbyn shares perhaps some of my nostalgia. Hence he has given the paper a major interview, which will appear in the June 2nd edition.

Of immediate interest is the following response to a NME reader’s question about young people appearing to support Labour.

Evidently NME is often given away for free on the streets. If you can grab a copy, it would be good to see the interview in full.

Thanks to Ray Kinsey for this NME distribution map showing where you can pick up a copy and read the full interview.

And thanks to RajYouthworker the full interview online.