Looking to the Future : Reporting from November's IDYW 'Where Next?' Workshops 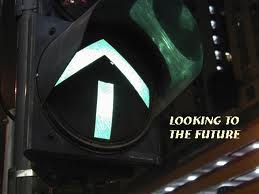 REPORTING BACK FROM THE ‘WHERE NEXT’ WORKSHOPS, NOVEMBER 29/30

Over thirty supporters attended our two workshops in London and Sheffield focused on ‘Where Next for the Campaign?’ To say the least it was hard work. All manner of tensions, contradictions and dilemmas emerged. In a profound sense that is how it should be. Whatever our failings our campaign is committed to an open and honest exchange of opinion, analysis and feelings. Indeed in the end this willingness to embrace diversity and difference is a strength and not a weakness. As it stands these thoughts are provisional, although they will end with a number of positive proposals about how we can move forward together. So too it means that these reflections will be hopefully criticised and supplemented by other participants’ thoughts across the next few weeks.

Does our campaign exaggerate the significance of the voluntary relationship in our definition of youth work.

Thus, in our discussions with workers forced to operate within imposed and targeted settings, do we come across as precious and out of touch?

The question of whether the IDYW definition of youth work can withstand its buffeting at the hands of the targeting culture impinged upon all our discussions. When push came to shove we were united in wishing to defend the definition of emancipatory and democratic youth work outlined in the Open Letter. We argued that the underpinning ‘voluntary’ or ‘choice’ principle, the commitment to free association without compulsion or sanction, remained central. However at one and the same time the discussion revealed that of those present (students, voluntary and paid workers, managers and academics) a majority found themselves within or relating to targeted settings. This reality opened up a debate about the nature of the space within these setting. What are the possibilities of holding critical conversations therein, which start from young people‘s agendas, and not those of the organisation? Does the notion of taking youth work values and skills into these situations stand up to scrutiny? Is it possible to talk of maintaining a youth work consciousness in these settings? Dredging up an old slogan from the past is it possible to be ‘in and against’ the dominant behavioural ideas and practices informing much targeted provision? In harking back to the last century it was important to remind ourselves that youth work as free association has always been itself a ‘contested’ space, as much about social conformity as emancipatory change.

What was plainly obvious is that we need to reach out to youth workers in the targeted environment, to find ways of relating that are both respectful and questioning, that do not treat them as second class citizens and that pose the possibility of them being part of our campaign. We began to think about the possibility of organising workshops – perhaps based on the Stories model – aimed specifically at these practitioners, which afford them the opportunity to start ‘from where they’re at’.

It was noted that our discussions needed to stretch across the generations involved in youth work. Some of the students/youth workers present pointed out that they were the children of Thatcherism and often had little grasp of the politics of preceding decades. For many youth workers the culture of targeting is all they know.

In criticising leading youth organisations for colluding with the Coalition’s market-driven agenda, are we ignoring the pragmatic pressures on a management beholden to the survival of their organisations?

In taking an agnostic stance towards the proposed Institute for Youth Work, are we ignoring the dilemmas posed for the youth work training agencies faced by a fast-changing job market, which desires competent, flexible pragmatists rather than principled critics?

Is our critique of the less than innovative National Citizen’s Service getting in the way of recognising its possibilities?

In tackling issues around managerialism and the market, the response of the leading players in the youth sector and the impact on the training agencies, not to mention the Institute of Youth Work and National Citizens Service [NCS] we returned to a political and economic analysis of neo-liberal capitalism. Fundamentally it was argued that the dominant fraction within capitalism – a parasitic and degenerate finance capital bent on a never-ending search for easy money – has now targeted the welfare state. Thus it is committed to imposing the market on public services. Commissioning and outsourcing are the order of the day. Indeed young people themselves are treated as commodities, as the abstract statistics, which emerge from organisations competing with one another to prove they have produced the highest number of ’emotionally resilient’ individuals, all being legitimised by the ostensibly ‘robust’ use of structured questionnaires and inventories. This political analysis troubled some of those attending. It did so in the sense that there was a concern that the language employed might well put people off. This criticism was both accepted and rejected by other participants, but certainly needs further attention.

What the analysis did do was to raise the question of the incorporation of such as NCVYS, UK Youth and the NYA into the discourse of the market. For some of us it seemed that these significant organisations were sleepwalking into the embrace of the entrepreneurs and business gurus. Others felt, though, that this characterisation was unfair. Certainly the problem remained that none of these players had encouraged critical debate on the issues. In contrast they have participated meekly in stage-managed conferences advocating the primacy of the market. Indeed, neither have they questioned the history and integrity of those with whom they are cooperating for example, the Challenge Network, now one of the leading NCS providers.

With respect to the NCS there was concern and some confusion. It had been made plain to some of the training agencies that the youth work process had little part to play in the NCS programme. On the other hand, other people had received good feedback from students regarding the overall experience. Ironically it was noted those reporting on the efficacy of the NCS seem to feel they need to do little more than assert that it had been a positive experience for those involved. This assertion – that everybody had a jolly good time – contrasts starkly with the persistent pressure on most projects to prove how ‘robust’ and measurable are their outcomes.

As it was we couldn’t spend the time we desired on the question of outcomes, symbolised by the Young Foundation’s framework. Whilst some of us wanted to argue that such a functionalist framework undermined deeply a young person-led youth work, others felt that the matrix of capabilities could be detached from its ideology and used pragmatically to win funding. It was agreed that we need to explore these issues in more depth.

It seemed that the impact upon the training agencies and their curricula of the shifting landscape within youth work and work with young people was uneven and complicated. This was expressed in the struggle to find placements for students. Increasingly the only ones available seemed to be in targeted settings. It was agreed that we need to make more time to interrogate these dilemmas further.

Throughout the two days we were concerned to make practical proposals as to how we might move the campaign forward.

In conclusion we felt that in defending youth work we are committed to the renewal and re-creation of a culture of reflection and criticism, which has been eroded by the grip of hierarchical management and the imposition of prescribed practice.