Which Planet Are They On? Bernard Davies responds to Positive for Youth's Progress!? 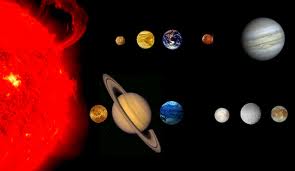 WHICH PLANET ARE THEY ON?

Positive for Youth, the Government’s long-trailed youth strategy document was finally released in December 2011. After much early hype, it quickly fell below, if not actually off, the DfE radar – a reflection, no doubt, of Michael Gove’s openly declared determination to get youth policy out of his department altogether. With this now off-loaded onto the Cabinet Office, closure for the DfE was achieved a couple of weeks ago with the release of a Positive for Youth ‘progress’ report.

After I’d ploughed through its thirty five pages of self-congratulatory text, boxed case studies overflowing with unproblematic success stories and disingenuous tables of figures, I emerged asking myself: On what planet have Coalition ministers been living for the last three years? Where does the world-in-crisis I now inhabit fit with their view of a youth generation whose ‘sense of well being’ in that time has been on the up and up and may now even be at some kind of peak?

And, amid all the paper’s euphoria about young people who are being consulted on what services they want, influencing policies and deciding how money should be spent, who were the youth ‘representatives’ who told the Government:

And how does the Government reconcile its glib assertion that local authorities are now entirely free to decide for themselves what youth services to provide with its four-year, 27% cut in funding for local councils?

Back on austerity earth, thousands of emotional miles, it seems, from the universe which our current ministers inhabit, the perspective becomes sharper. This so-called ‘progress report’ is way beyond disingenuous. It is deeply dishonest.

If you’ve got a strong stomach the Progress Report is to be found here.