Reporting back from our Voluntary Youth Sector seminar 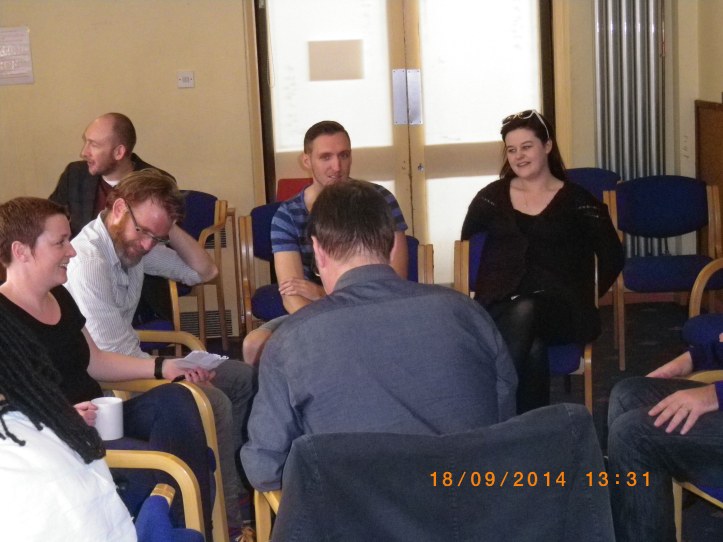 The state, the market and the voluntary youth sector

Thanks to Bernard Davies for what he himself dubs a highly subjective report and the photos.

The seminar was attended by 24 people – voluntary organisation youth workers, volunteers and managers, youth and community work course tutors and the CEO of a regional youth work unit. Though most were based in the north of England, four workers came from Ireland – from the Limerick Youth Service.

At a number of points over the day it didn’t pass unnoticed that we were meeting as the Scottish referendum was happening, with its suggestions of possible shifts in popular political engagement.

‘The national voluntary youth sector: in whose interests?’

Bernard Davies (IDYW and National Coalition for Independent Action), based on an April 2014 Youth & Policy article ‘Independence at risk…’

‘Neo-liberal policies and their impact on youth provision’

Ian McGimpsey (University of Birmingham), drawing on his research into the effects of the financial crisis on the funding of youth work provision.

In the afternoon two Manchester-based practitioners reflected on the financial and ethical dilemmas which this national picture posed for them and their organisations.

‘Does the piper ever get to call the tune?’ by Helen Gatenby, M13 Youth Project

‘Survival of the fittest: ethics, conviviality and the economic imperative’ by Tess Gregson, 42nd Street 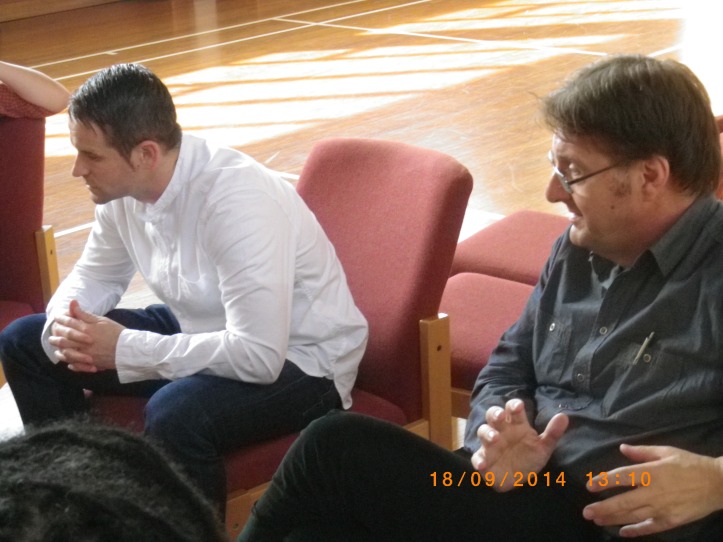 Two hour-long discussions in small groups and a final plenary highlighted a number of issues.

Big nationals, small locals and the place of the youth worker

And IDYW in all of this?

All raising a variety of challenging questions:

‘So where are the values?’

Indeed, where do our values come from? From youth work itself? Or is youth workers’ practice where they express values developed elsewhere in their lives and experience?

How do we find the space for intellectual critique when the neo-liberal ideology and language is so strong and pervasive?

Where does the courage come from to challenge dominant value frameworks and their expressions in policy and practice – especially given that the daily struggle to survive can undermine the capacity to be brave?

How de we make our voices heard when we lack access to those in power, to the media?

In everyday practice, are there tactical possibilities to, for example, use ‘critical imagination/critical reflection’?