Be not disturbed! There is no basis for the rum rumour that I have embraced neoliberalism and applied to do an MA in Entrepreneurial Philanthropy after being head-hunted for the post of CEO of an unnamed leading Youth Surveillance charity. Although I’m a trifle disappointed not to be asked. This wicked whopper is the work evidently of a mole, who overheard me start a sentence, ‘neoliberalism brought remarkable technological development’ and hallucinated on the spot, thus missing the caveat, ‘yet has widened and deepened inequality’. In addition, it seems the reporting rodent got wind of a discussion at the last IDYW Steering Group meeting, within which I talked of withdrawing from my role as Coordinator. Putting 2 and 2 together the creature came up with a formula, if not for a nerve agent one that indicated I was on the verge of betraying the cause and marketing my inner soul.

Seriously though – you would hope there’s no need for such an opening cliched clause, but nowadays, who can be sure? –  there is a hint of truth in the tall tale. At our last Steering Group, we did discuss our collective capacity to keep the IDYW train on track, within which my ability to contribute was of concern. I indicated that because of, amongst other things, continuing personal pressures I was struggling to fulfil the coordinating role.

It is important to situate this ongoing dilemma in the context outlined in an IDYW statement posted in July 2016, IN DEFENCE OF YOUTH WORK: LESS A CAMPAIGN, MORE A FORUM OF CRITICAL DEBATE?  It’s well worth revisiting in full, but a few lines are pertinent to this discussion.

Our existence is haunted by contradictions and concerns. On a practical level, the IDYW show is kept on the road through the efforts of a small group of volunteers. Of course, this is neither a surprise nor a slight on those unable to be more involved. These remain difficult times. Workers, paid or unpaid, have little time on their hands. Whether disillusioned and weary or optimistic and energetic, it’s a stressful place to be. In this forbidding climate, we have failed to become the campaign group of our imagination.

On reflection, our most important contribution across our lifespan has been to provide a space, increasingly denied elsewhere, for a collective and thoughtful discussion about the state of youth work. We have sought to provide information, commentary, analysis and research to support this process. To do so is in the best tradition of a practice, which aspires to be reflective. 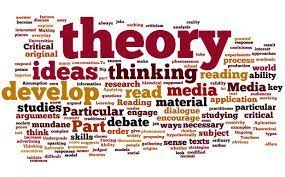 To cut the story short the present consequence of our effort to think things through is as follows:

– as Coordinator, from now, I will only be working one day a week on a Monday for IDYW [in terms of research, maintaining the website,  commenting on FB, answering e-mails]; that there will only be one post on the IDYW website each week, ‘Sustenance for the Senses’, which will bring together links to news/information/analysis about the world of youth work and beyond.

– that, alongside this reduced commitment I’ll go at my own pace in terms of other writing I have been asked or wish to do.  If anything worthwhile comes out of this usually tortuous process I’ll put it on my blog at Critically Chatting and draw attention to its appearance on the IDYW site and Facebook.

The Steering Group is to meet on Friday, June 15 in Manchester to explore whether the above experiment in reducing expectations on the Coordinator makes any sense and to draw up a strategy for keeping IDYW alive and kicking. These meetings are always open so further details regarding the venue will be posted in good time.

Our July 2016 post ended on the following note, which retains its pertinence.

Obviously, we hope that you will be both contributor [to] and reader [of the IDYW debates], actively engaged, in the light of your own energy and resources. Whatever we deem ourselves to be, we need one another in a struggle to defend not only youth work, but a belief in a holistic education from cradle to grave, a commitment to a radical praxis and the common good. In this context IDYW still has a useful role to play.

As ever your thoughts and criticisms welcomed.