Gus John arrived in the UK in August 1964, aged 19, to study for the priesthood. But almost from the moment he arrived, he became involved in what was to become his life’s calling – education, youth work and the struggle for social justice and human rights for embattled communities as an activist and an academic.

Re:   Invitation to a reception for the 70th anniversary of Windrush at 10 Downing Street

It was with both surprise and utter bemusement that I received your invitation to the above.

We in this country have become used to foreign heads of state and leaders of movements being made international pariahs and being refused entry to the UK.   Robert Mugabe, Muammar Gaddafi, Louis Farrakhan, among others.   In my book, Prime Minister, the policies of your government, the incitement to racial hatred that they undoubtedly represent and the denial of fundamental human rights and the right to life itself to citizens of the Windrush generation who devoted all of their adult years to the development of Britain are enough to make you no less a pariah in the eyes of the Commonwealth and of the freedom-loving world than those whom your government over time has sought to ostracise.

In July 2013, with you as Home Secretary,  your government’s own vans were running around London boroughs with a large ‘immigrant’ population and displaying huge billboards targeted at ‘illegal’ immigrants and telling them to ‘Go Home or Face Arrest’.  What is worse is that your government lied not just to ‘illegal immigrants’ whom it wished to flush out, but to the public whom it wished to impress with its ‘zero tolerance’ stance on illegal immigration: ‘106 Arrests Last Week In Your Area’.  It turns out that 106 was the total number of arrests across the 6 pilot boroughs in which the vans had operated over a period of two days.  Arrests, not prosecutions or deportations. In your attempts to create ‘a hostile environment’ for ‘illegal’ immigrants, you placed 4 generations of Windrush arrivants and their descendants in the sight of any would be defender of white Britain and its borders, including racists and neo-fascists who felt they had a patriotic duty to help prevent Britain from being ‘swamped’ by any means necessary, including murder and mayhem.

On 16 June 2016, Jo Cox MP was brutally murdered in a street in her constituency of Batley & Spen in West Yorkshire by the white supremacist, Thomas Mair.  Cox was unequivocal in her support for refugees, asylum seekers and economic migrants escaping armed conflict, genocide and hunger and risking their lives in rickety boats to cross the Mediterranean into Europe.  She was doing this in a country where the United Kingdom Independence Party (UKIP) was focusing the two main parliamentary parties on the anger of the white British population at their failure to control immigration and reclaim ‘Little England’ from the clutches and the legal strictures of the European Union, its Schengen Treaty, free movement of labour and human rights protocols.

Despite that horrific murder and all it said about Britain and its relentless conflation of immigration and race, the British electorate voted by a narrow margin to leave the European Union and ‘claim our country back’.  What is worse, both as Home Secretary and as the post-Cameron Prime Minister, you redoubled your efforts to create a ‘hostile environment’ for immigrants, condemning long retired workers of the Windrush generation to uncertainty, misery, physical hardship and denial of the same life saving health services for which they had paid throughout their working lives.

It may well be, Prime Minister, that you would have the good grace to take the opportunity to tell your invited guests how sorry you are for your part in all of that brutal, inhumane and racist treatment of former colonised Africans who have and had no interest other than to serve this nation and do their best by their communities and families.  But, one of the uglier manifestations of whiteness in this society is an unassailable sense of in-your-face entitlement.  I do not believe that you are entitled to the magnanimity of those misguided folk who might well be happy to receive your invitation and to attend your Windrush anniversary celebration.  As far as I am concerned, I stand with those who suffered detention, deportation and mental ill health, some of whom even now face an earlier death as a result of being denied access to health services on account of your ‘hostile environment’ regime.

It would be a shameful betrayal to them all to accept your invitation and join you in Downing Street to mark the arrival of the Windrush 70 years ago and the contribution to British society of those whom it brought and their descendants.

Invite me again, please, when you meet with civil society to discuss the findings and recommendations of the Royal Commission on Reparations for African Enslavement which you would no doubt waste no more time in establishing on the back of your government’s Windrush scandal. 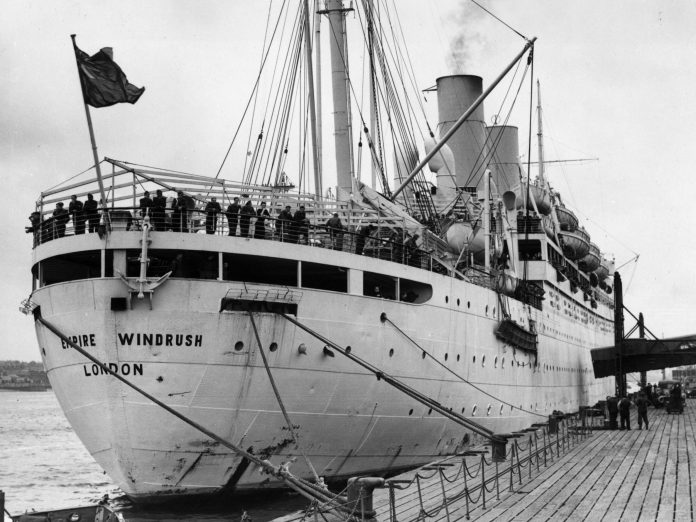