Defend the Right to Challenge the Cuts : Support 'Don' MacDonald

Latest from the campaign to defend Don Macdonald – he writes:

Hello there I was wondering if  you could spare a minute to read about my defence campaign. Many different  anti-cuts campaign groups and individuals have stepped up to support me in the accusations made against me by  Councillor Nick Forbes and his decision to use political policing to shut me up. I would like the unjustified accusations to be dropped and raise the issue that it should be everyone’s democratic right to be able to speak up for themselves, and to be able to challenge injustices made by politicians. 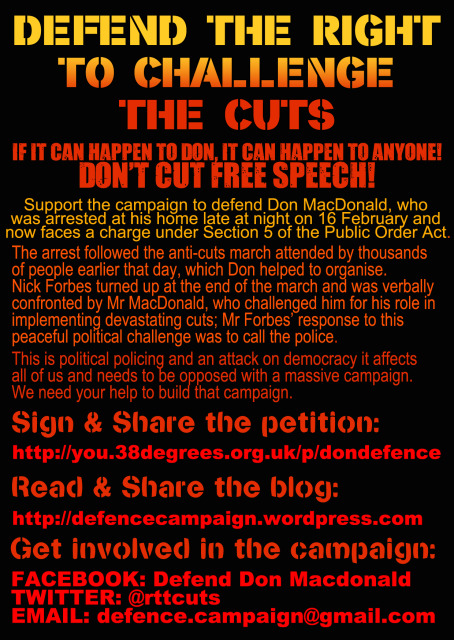