Defending Youth Work in Queensland – different yet the same!

I flew to Australia in some trepidation. Would my contribution on behalf of our Campaign to the Queensland State of Youth Affairs conference in Brisbane strike a chord amongst its participants? My misgiving was misplaced. Whilst I don’t want to pretend all was harmony and light, far from it, our definition of youth work and our critique of the Outcomes agenda did resonate strongly with the conference’s diverse audience of workers, managers, researchers and academics. Our reflections were welcomed with an appropriate mix of enthusiasm and caution. In the coming days and weeks we will post a variety of material from the proceedings, including the conference summaries being prepared by Suzi Quixley, who womanfully overcame an exhausting virus to fulfil her coordinating role. Without doubt there is a positive desire to continue and strengthen a critical dialogue between ourselves and the organisation, Youth Affairs Network Queensland [YANQ], of which more as our relationship unfolds. I flew back energised by the experience.

For now I’ll content myself with some preliminary observations to set the ball rolling. 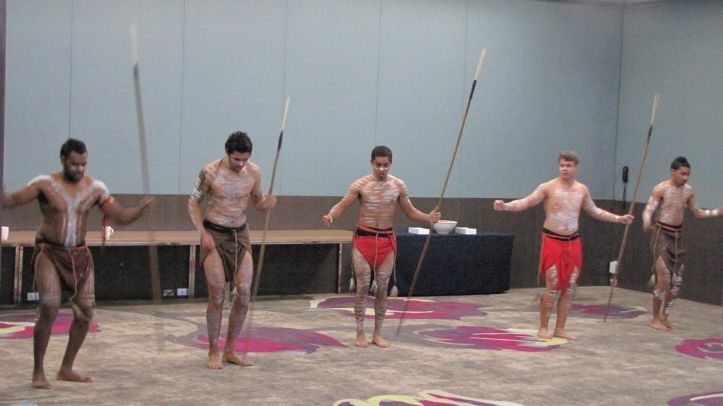 1. The event opened dramatically with a prologue of Murri dances, symbolic of YANQ’s commitment to engaging directly and respectfully with the Indigenous peoples and cultures of the State. For a critical overview of the relationship of Australian society to its Indigenous peoples, published this very week, see John Pilger’s ‘Australia is a land of excuses, not the land of the fair go’.

2. Siyavash Doostkhah, the director of YANQ, outlined its radical history as a critical voice in the arenas of youth policy and practice. Sadly, but inevitably in the present climate this tradition was threatened by the loss of many workers and projects in recent years, the withdrawal of funding to the organisation and the state government’s attempt to gag advocacy and dissent. He challenged the conference to debate the future of YANQ, stressing that it could no longer do things on other groups’ behalf.  If YANQ was to survive as a campaigning mouthpiece its members had to step up to the mark and take responsibility for its future.

3. Reassuringly my two keynote contributions on our Campaign itself and on Outcomes, the latter based on Threatening Youth Work : The Illusion of Outcomes did connect with the participants, even amongst those who disagreed with my analysis.  My Lancashire drawl and sense of humour seemed to be well-received!

4. Frustratingly I was only able to attend one workshop from the rich variety of choices, ranging from ‘Alternative Education’ to ‘Youth Work in a Globalised Society’ to the groundbreaking ‘Sisters Inside’. As presentations become available I’ll do fresh posts as much is relevant to our own situation in the UK. However, in conjunction with my effort to capture the spirit of our Story-Telling project, I was captivated by the Sunshine Narratives presentation made by three student researchers under the guidance of Howard Buckley. Using a narrative approach they had captured the stories of 20 young people involved in youth provision in the Moreton Bay area of Queensland. In this context the Sunshine project is a step ahead of us in collecting young people’s stories. Again I’ll be doing a separate post on this development and there’s a chance we’ll be meeting Howard in person later this year when he’s over in Europe. In addition I was involved in a workshop exploring the Queensland definition of youth work led by Liz Archer, whose imaginative role plays led to passionate debate, illustrating yet again the contested nature of our work. Fascinatingly, given yesterday’s post on the Rotherham Sexual Abuse Scandal, one of the animated disagreements focused on trust, confidentiality and relationships with other agencies. 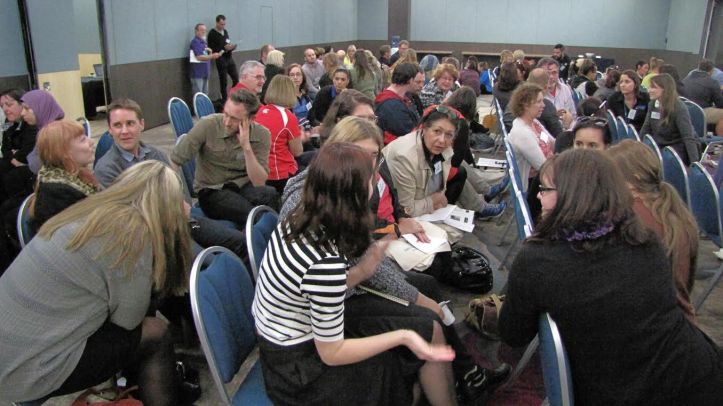 5. The succession of plenaries led expertly by Suzi Quixley  concentrated on drawing out practically future plans of action for both individual agencies and for YANQ. I’ll post the proposals as soon as they become available.

In the continuing conversations in bars and restaurants we began to explore whether YANQ might reach out beyond Queensland and into the Australian scene as a whole. Indeed the idea was floated as to whether there might be an Australian version of the IDYW Open Letter. We’ll follow this tentative proposal with great interest.

In closing this initial report it would be remiss not to thank in particular Siyavash, Greta, Suzi, Liz, Debbie and Phil for the generosity of their hospitality and the sharpness of their thinking. Not forgetting too that I had the great pleasure of going with Phil to watch his team, Newcastle Knights play the Brisbane Broncos. What more could a lad from Wigan desire – a game of rugby league and craft beers by the crate? Sadly Phil’s team got thrashed 48 points to 6. However in true style he accepted defeat philosophically with the classic line, ‘there’s always next year!’ Certainly this won’t be the last time we are involved with our fellow travellers from Down Under.