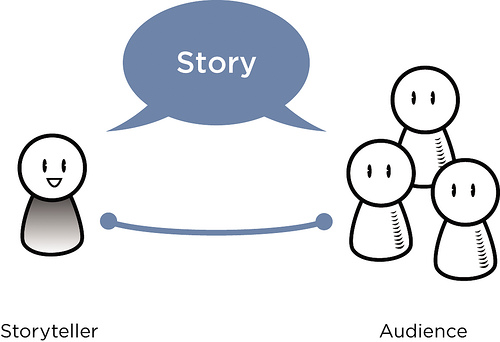 After fifteen years as a youth worker, I have been on every conceivable training day – from zumba dancing to radicalisation. And I leave most of them thinking about how to adopt some of the ideas into my practice, only for everything I learnt to get lost in the hurly burly of the realities of youth work on the ground. But there is one training event, seven years ago now, that continues to inform both my work and that of the service I work for. And undoubtedly it was the cheapest to run! That was In Defence of Youth Work’s story-telling workshop, that time led by Bernard Davies and Tania de St Croix. The workshops are a wonderful opportunity to explore the values, assumptions and often unrecognised skills that underpin youth work, to build upon them and to communicate them better.

IDYW is now starting a new round of training events, offered to organisations in the UK and beyond (they’re big in Japan…). So if you are a student, hassle your lecturer for one, if a youth worker, present the idea to your manager. And if you are a lecturer or manager, then why haven’t you contacted us already?..

If you want to know more about the process and benefits, then have a look at our special website dedicated to the workshops. Below is the new flyer for the offer, attached here as a PDF.

An invitation to host a workshop

The Storytelling method cannot be confused with day to day conversation…

(It) involves a combination of strong facilitation, informed probing/questioning, peer interrogation and a thorough documentation of the stories…(A) unique experience.

In Defence of Youth Work came together in 2009 with the aim of defending youth work as a democratic, emancipatory and critical practice with young people. It defines the ‘cornerstones’ of this practice as, in summary:

Working as a team on ‘youth work stories’ was such a useful and valuable thing to do.  I think we are so busy ‘doing’ that we don’t stop to think about our role as youth workers and what the hell we are doing! We should have done this a long time ago – we might have saved more of our service. If we are not clear about what makes youth work unique then how is anyone else going to know?

The workshops – normally lasting two-and-a-half to three hours – can be tailored to meet the needs of different organisations and situations and to start as appropriate from the participants’ own settings. Normally in groups of eight to twelve, key stages of the process include:

Workshops have also been used to identify the possible impacts of youth work on young people.

In a final session participants are invited to reflect on how they might:

The staff found it really useful in dismissing the ‘it comes naturally’ myth as it showed the obvious learned conscious and unconscious behaviours youth workers model to reach their aims and objectives.

Setting up and running workshops

Workshop hosts will be expected to: