Our submission to the Labour Party Consultation 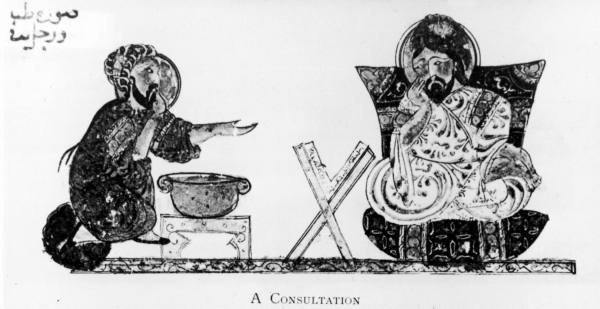 As many of you will be aware, the Labour Party have been running a policy consultation. It is great to see the number of submissions regarding youth work. The steering group at In Defence of Youth Work have been working hard to put together our own, which has now been submitted and you can read here.

In Defence of Youth Work (IDYW) came together in 2009 to campaign in support of what its originating Open Letter called ‘an emancipatory and democratic Youth Work’. Through conferences, seminars and workshops, a website, Facebook and other social media, it remains committed to providing a forum for debate and the exchange of information, ideas and critical thinking on this distinctive practice with young people.

IDYW defines the ‘cornerstones’ of open access youth work as including…

Throughout this submission, the quotations in italics are from the IDYW paper, ‘Reviving Youth Work and Reimagining the Youth Service’. This draws on the responses to a post-2017 General Election consultation, ‘Is the Tide Turning?’ involving 200 volunteers, workers, managers, students, academics and young people in eleven local and regional events and over fifty participants in its March 2018 annual conference. The paper proposes sixteen ‘starting points’ for reviving open access youth work and reinstating its state funding. Its concern, however, is not simply that local Youth Services be restored in their previous form but to re-imagine how such state provision might be developed in the future to fit more comfortably with the youth work ‘cornerstones’ set out above.

…hinges on a break from the competitive market and the self-centred individualism of neo-liberalism and the [re]creation of a Youth Work dedicated to cooperation and the common good.

IDYW would wish to offer support for the four broad purposes set out in the National Charter. However, it sees these as needing to be clarified and extended in the following ways:

Youth Work should be associational and conversational, opposed to oppression and exploitation, collective rather than just individual in its intent, unfolding at a pace in tune with the forging of authentic and trusting relationships with young people.

… nurturing the questioning, compassionate young citizen committed to the development of a socially just and democratic society.

With the clarifications and qualifications outlined above, IDYW supports the Charter’s broad proposals to:

Again, however, IDYW sees it as essential not only that the renewed practice needs to be sustained by statutory and consistent funding; but also that some of the more nuanced implications of these proposals are identified and embraced. These include that

The core purpose of the provision is conceived not as a soft-policing instrument of social control but as informal education available to young people by choice in their non-school/out-of-work time.

At central policy making level youth work as an integral element in education from cradle to grave should be situated in the Department for Education. However, youth work facilities and practice should be developed as provision in their own right rather than within the formal educational settings of school and college.

Though youth work provision and staff must aim to ‘co-operate with other public services in the interest of young people’, it will be vital that youth workers … retain their identity and autonomy rather than be absorbed into multi-disciplinary teams’.

Given the priority young people give to youth work facilities as ‘safe spaces’ for them to meet, a high policy and funding priority will need to be to re-image and reinstate a variety of buildings appropriate to their age and stage of development.

Given young people’s search for an independent identity and role during their teenage years, the role of parents in the decision-making structures and procedures will need to be conceived and implemented in ways which young people judge to be appropriate.

Statutory youth work provision should available to 11-25 year olds, with the priority within this age group being 13 – 19 year olds – an age group at a stage of development meriting dedicated leisure time facilities offering specialist skilled adult attention. (Playwork should be focused on a younger age group and funded separately).

However flexibility, especially at the older end of the age range, will be needed to provide appropriately for groups with special needs and interests – for example in relation to their gender, ethnicity, (dis)ability and/or sexual orientation and the stage of their development through their teenage years.

The balance between open access and targeted youth work

IDYW recognises the need for a range of provision with preventative purposes which caters for needs which may be identifiable in advance; and for this to be staffed by workers skilled in engaging and motivating often alienated young people.

However, these projects and facilities do not in IDYW’s view provide youth work – that is, a practice offered in settings which are open to all young people by choice and which start from the interests and expectations they bring with them and help define. Indeed, one of IDYW’s ‘starting points’ for the revival of statutory youth work services is that:

In order to achieve such a revival, the unambiguous priority needs to be to liberate young people’s untapped (and often unidentified) potential rather than defining them by their defects.

The role in national programmes of:

It was revealed earlier this year that, though in the previous three years NCS had reached only 12 per cent of its eligible 16-17 year old target group, in that same period it had received 90 per cent – £634 million of a total of £668 million – of the funding allocated to ‘youth services’. By comparison, the 2013 National Council for Voluntary Youth Services ‘Youth Report’ indicated in 2013 that nearly 10 per cent of 10-15 year olds were using a youth club ‘most days’ and additional nearly 29 per cent at least once a week. The Report also revealed that of the one million young people participating in 11,000 youth clubs, over a third (370,000) were aged 16-25.

The conclusion IDYW draws from this evidence is therefore that

The National Citizen Service ought to be closed or curtailed, its funding transferred into all-year round provision, of which summer activities will be a part.

Within the youth work sector as elsewhere, these organisations’ pluralist, independent voices and actions constitute a defining element of our democratic society. That independence must therefore include speaking truth to power alongside and on behalf of young people, and using the organisations’ grassroots experience and understanding of young people’s needs to innovate appropriate responses. Under ‘austerity’ conditions, these roles have increasingly been put at risk as ‘civil society’ bodies have agreed to take on responsibility for implementing government-defined policies and priorities and filling gaps left by state budget cuts.

In present conditions, more urgently than ever Youth Work needs advocates at a national level, such as the NYA and Institute for Youth Work … prepared to be voices of criticism and dissent.

As set out above, IDYW starts from the position that youth work is an integral element in education from cradle to grave … sustained by statutory and consistent funding. Though so-called ‘socially responsible’ businesses may choose to make specific contributions, these should always at most be supplementary to and supportive of the core state services and facilities and designed in co-operation with them, including with young people.

It is here above all that the break from the competitive market and its underpinning neo-liberal assumptions is especially urgent and crucial. Commissioning thus needs to be replaced by funding mechanisms which are much more responsive to bottom-up experience, knowledge and definition of need and which encourage collaborative working. In particular

… the purpose and allocation of (state funding) ought to be determined locally via accountable mechanisms, such as a democratic Youth Work ‘council’ made up of young people, youth workers, voluntary sector representatives, managers and politicians.

In IDYW’s view, defining the task here as ‘ensuring that young people’s voices are at the centre of a new statutory youth service’ implies limited aspirations. Youth workers seek to facilitate, support and nurture the sophisticated understandings of themselves and their worlds which young people develop and which policy-makers need to encourage, actively hear and organise around.

Ensuring authentic and influential young people’s roles within IDYW’s proposed democratic Youth Work ‘council’ will therefore, as a minimum, require the development of processes which build from and further adopt these integral bottom-up starting points. This should include drawing on the experience of local authorities, organisations and community-based groups which have been doing this – not least local campaigns against local Youth Service cuts in which young people have been centrally involved.

One of IDYW’s starting points is that JNC and other nationally agreed pay scales and conditions need to be defended and extended… However proposals which envisage the introduction of (a) ‘… a legally “protected title” for youth worker’ and (b) ‘… a statutory national register for youth workers’, will require

… a respectful engagement with the differing cultures and employment practices of voluntary and faith organisations, (and) with the contradictions of professionalisation… The emergence of independent social enterprise initiatives (also) cannot be ignored.

These issues, in IDYW’s view, need further thought and consultation in their own right separate from consideration of how to reinstate and strengthen statutory youth work provision.

In addition, one of the highest priorities for ‘re-establish(ing) the workforce capacity needed to deliver a statutory youth service’, will be the reinstatement of training and qualifying routes which have open access youth work practice as their primary focus. For ensuring the quality of practice, key IDYW starting points are therefore:

Training and continuous professional development, particularly through the discipline of supervision … for full-time, part-time and volunteer workers.

If what is to be revived through a reinstated and indeed re-imagined statutory youth service is open access youth work in which young people engage by choice, a crucial starting point for responding to the complexity of evaluating this practice is that it … does not write a script of prescribed outcomes in advance of meeting a young person. Rather:

It trusts in a person-centred, process-led practice that is positive and unique, producing outcomes that are sometimes simple, sometimes complex, often unexpected and often longitudinal. Practice must be evaluated and accountable, but not distorted by the drive for data, the desire to measure the intangible.

For IDYW a crucial test of the effectiveness of a Labour Party ‘National Charter for Youth Work’ will therefore be the strength of its commitment to breaking with the neo-liberal obsession with ‘measuring’ impacts and outcomes and its collaboration with the practitioners, managers and academics who are working to develop and apply more humanistic, qualitative forms of evaluation.

Drawing on perspectives beyond the UK

One additional starting point for reviving youth work which IDYW has identified is that:

Irrespective of Brexit, Youth Work ought to embrace the Declaration of the 2nd European Youth Work Convention [2015] and be internationalist in outlook.