IN DEFENCE OF YOUTH WORK : LESS A CAMPAIGN, MORE A FORUM OF CRITICAL DEBATE?

This is lousy timing. In the midst of a contemporary quasi-Elizabethan melodrama, wherein the courtiers-cum-politicians plot and back-stab  in their pursuit of an illusory power, within which politics is reduced to personality, we’re asking you to consider these thoughts on the character and purpose of IDYW. Hardly earth-shattering, we know. However, if you can spare a moment from watching or indeed desiring to expose the post-Brexit spectacle of incompetence and hypocrisy, your responses would be much appreciated. Thanks in anticipation. 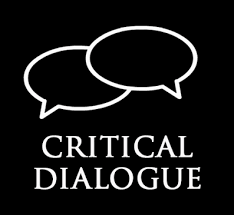 IN DEFENCE OF YOUTH WORK : LESS A CAMPAIGN, MORE A FORUM OF CRITICAL DEBATE?

It’s well over seven years since In Defence of Youth Work [IDYW] saw the light of a gloomy day in Durham. Contrary to our expectations and of those, who dismissed us as romantics, we have emerged as a voice of some consequence. Through our seminars and conferences, our Story-Telling workshops and publications, supplemented by regular outpourings on our blog and Facebook page, we have sought to reveal the corrosive influence of an instrumental neo-liberal ideology upon an open-ended, process-led youth work. Indeed, at a superficial glance, with over 2,500 Facebook followers and in 2015 over 27,500 blog visits from across the globe, we seem to have been a success.

However we are not inclined to indulge in the self-congratulatory culture dominant nowadays, wherein we are invited to believe that everything is going swimmingly, even absolutely, awesomely well. Our existence is haunted by contradictions and concerns. On a practical level the IDYW show is kept on the road through the efforts of a small group of volunteers. Of course this is neither a surprise nor a slight on those unable to be more involved. These remain difficult times. Workers, paid or unpaid, have little time on their hands. Whether disillusioned and weary or optimistic and energetic, it’s a stressful place to be. In this forbidding climate we have failed to become the campaign group of our imagination. Unable to encourage our followers to meet even locally we have failed to forge the forces on the ground to fulfil this dream. Whilst we have done our best to support any flicker of resistance, symbolised by the 2011 Choose Youth lobby of Parliament and our willingness to be involved in a diversity of youth work gatherings, we’ve not lived up to our title.

With all this in mind we’ve been discussing within the IDYW Steering Group ‘who we are?’, ‘where we’re up to?’ and ‘where we might be going?’ The following marks our best thinking up to this point, to which we would welcome responses.

On reflection our most important contribution across our lifespan has been to provide a space, increasingly denied elsewhere, for a collective and thoughtful discussion about the state of youth work. We have sought to provide information, commentary, analysis and research to support this process. To do so is in the best tradition of a practice, which aspires to be reflective. Thus we propose that in the present period, given our resources, it is most fruitful to see IDYW, to view ourselves, as a forum, a meeting place of minds, whose raison d’etre is to question and challenge received assumptions.

In making this case we are not claiming to be neutral. Our desire is to defend and extend the emancipatory youth work practice expressed in the cornerstones outlined in our original Open Letter and the 2014 Statement of Purpose.

Our tentative feeling is that, if anything, we have been less sharp in recent times re developments in the youth sector than we should have been. We have held back for fear of being accused of undermining attempts to forge a refreshed consensus about the work. Meanwhile leading youth organisations don’t seem to give an inch in their continued allegiance both to the outcomes agenda and market forces. We will not hold our breath as we wait for for their disapproving response to the Cabinet Office’s Life Chances Fund, which introduces inappropriately payment-by-results into the complex and contradictory world of social welfare and social education. Hence we need to deal openly with the inevitable tensions created by being an outspoken and dissenting voice, not least by encouraging argument within our own ranks.

Finally, and very much linked to the previous point about our own relationships with each other, making plain that our primary function is to act as a forum of critical dialogue attends to our long-running anxiety about the democratic and accountable character of IDYW or rather the lack of structured democracy and accountability. Whilst we have always striven to be open, we have never established a form of membership, adopted a constitution, elected officers and the like. Clarifying our present character and purpose suggests that IDYW’s constituency is made up in reality of contributors and what we might call a readership. Obviously we hope, if we can end on a personal note, that you will be both contributor and reader, actively engaged, in the light of your own energy and resources. Whatever we deem ourselves to be, we need one another in a struggle to defend not only youth work, but a belief in a holistic education from cradle to grave, a commitment to a radical praxis and the common good. In this context IDYW still has a useful role to play.