Ahead of Conference : Mutually appealing? 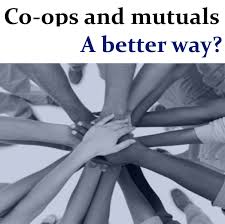 In the afternoon of this coming Friday’s IDYW national conference we will be sharing and exploring the diversity of work situations, in which workers find themselves. Amongst these is the phenomenon off the mutual. The very word gives off a promising aroma, but what does it smell like in reality. Malcolm Ball will offer some thoughts on Friday.

Meanwhile CYPN reports in its usual bland, uncritical way on the latest manifestation.

An employee and young person-led youth mutual has begun delivering youth services for a London council.

Social enterprise Youth First, which is 70 per cent owned by staff and 30 per cent by young people, took over running Lewisham Council’s youth services in September.

All of the council’s youth service staff – believed to be around 55 – have transferred to the new organisation, which has been awarded a three-year contract worth more than £3m after a tendering process.

The amount the council pays Youth First will reduce by £150,000 each year over the duration of the contract.

It will run the borough’s five adventure playgrounds, five youth centres and a wide range of commissioned youth activities and services.

Lewisham Council is the latest authority to develop an alternative model to provide youth services, including EPIC CIC in Kensington and Chelsea, Knowsley Youth Mutual in Knowsley and Young Lambeth Co-operative in Lambeth.

Earlier this month, Devon County Council announced that it too intends to award its youth service contract to a staff-run social enterprise.

In August, Islington Council also rubber-stamped plans for a staff-run mutual to deliver half of its adventure playgrounds.