Bob Holman R.I.P. – an inspiration, even a legend 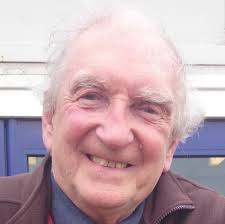 The world of social, youth and community work has lost one of its most inspiring activists with the death of Bob Holman. His 1981 ‘Kids at the Door’ became a classic text, telling the story of his first five years on the Southdown estate in Bath, where he lived, his home the hub of his work with young people. It is a moving tale of a person-centred, process-led practice, which confronted poverty and inequality. Bob had given up his post as professor of social administration at the University of Bath in 1976, declaring that he wasn’t much good at admin and that community workers ought to live in the communities they sought to serve.  He stood by this principle when he moved in the late 1980’s to live on the Easterhouse estate in Glasgow, where he was a member of the Baptist church. Among his heroes were Keir Hardie, the principal founder of the Labour Party and George Lansbury, the great social reformer, both Christian pacifists and committed supporters of women’s suffrage.

Voluntary organisations are now seen as public services, and the major political parties favour charities taking over more of the state’s duties. I doubt if Hardie would have agreed. He did not deny that charities did good work, but he saw them as maintaining an unfair society. He criticised wealthy philanthropists whose factories paid low wages, and accused one of harming workers and then paying a charity to give the homeless a bed. Better, he said, to improve society and “to dispense with Christian charity”.

Today, voluntary bodies are much improved and often employ skilled and committed staff, but Hardie’s criticisms still have some relevance. Philanthropists may give generously to charities of their choice, which allows them great power over who should be helped. The affluent determine the nature of service.

Further, some charities are run by committees of the wealthy and powerful. Top directors of some charities, while decrying poverty and inequality, may be paid the kind of excessive salaries that reinforce these evils.

Hardie argued that the state should take responsibility for essential services. In 1887, he stood in a by-election in Scotland. His address called for the nationalisation of land, the abolition of the House of Lords, and a reduction in the money spent on the royals. He ended: “I ask you therefore to return to parliament a man of yourselves who, being poor, can feel for the poor.”

Speaking of the monarchy Bob Holman declined the offer of an MBE, arguing,

I am an egalitarian. I believe that a socially and materially equal society is more united, content and just. The royal honours system is designed to promote differences of status. It is made clear that those who are made knights or dames are socially superior to those given CBEs, OBEs or MBEs. But all are socially above those without honours. These imposed differences hinder the co-operation, interaction and fellowship, which are the characteristics of equality. Refusing a royal honour is a small step but one in the right direction.

Finally, in 2000, he wrote ‘Kids at the Door Revisited’, in which he interviews 51 of the people he related to during the Southdown project, reflecting on the impact or otherwise of those rooted relationships. In a world where the notion of impact is tossed around as if it’s somehow new and innovative, Bob’s self-critical exploration of his and their stories ought to be required reading for those, who peddle the myth that in the past we didn’t give a toss about the quality or accountability of our practice. The book is on the shelf above me as I pen these inadequate words. I’ll take it down and read afresh this weekend as a way of honouring the memory of an outstanding bloke.

See also an obituary in the Guardian  and an interview with him from 2014,  Leading by example in the fight against inequality.

I’ve lived in deprived areas for nearly 40 years and I don’t think I’ve ever seen poverty or inequality as bad as it is now. And it’s made even worse by this whipping up of feeling against the poor. Most poor people are now in work. I have a friend who’s 59 and has always worked. He’s been on the minimum wage since it was introduced, but it’s so little. He has only one week’s holiday a year and he’s in debt. He’s had to take out loans. There are now three loan sharks and a pawnbrokers in our row of shops in Easterhouse. This is a real indication of what life is like. My church started a weekly cafe in response to the crisis. It offers free drinks and fruit and cheap snacks. We are meeting people in severe financial need. Citizens Advice send in workers once a fortnight to help those sanctioned. I’ve had a friend sanctioned for six months. He had absolutely no money for six months. Ten years ago this would have been unbelievable. But even Labour didn’t protest. One of the services we run from Fare is an annual holiday. We take youngsters to Lincolnshire, it’s all in tents. The holiday costs £140 a week for everything – transport, food, trips. We’ve run it for years but two years ago people couldn’t afford to pay so we cut it to £70 and raised the rest of the money. Last year people couldn’t pay £70. Never before have parents found it so difficult to pay for their kids’ holidays. This is the inequality. One thing we can do is to make sure these kids go on holiday. It’s the Elastoplast level we are down to now. It’s not changing society but it’s justice. There are people who are really struggling. These people are my friends. They’re not my clients.