As ever a stimulating array of pieces from our friends at CONCEPT.

This article poses more than a few questions with regard to youth work’s growing infatuation with a skewed and individualised notion of mental health, well-being and indeed happiness – see the reference to NCS. 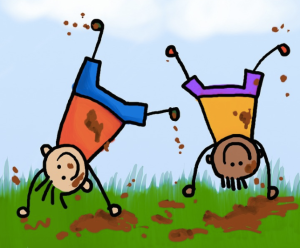 For a brief moment, I thought this was an April Fools’ story.

The government is considering the introduction of a ‘military ethos’ in schools across the UK to help children from deprived backgrounds. Defence Secretary Gavin Williamson has commissioned MP Robert Goodwill to review the benefits of an education inspired by the ‘values and disciplines’ of the Armed Forces.

Across the oceans, our friends at Youth Affairs Network Queensland [YANQ] have published the findings of a 2017 Youth Sector survey. The following brief excerpt is likely to ring a bell or two.

Survey responses repeatedly identified that services are under-funded and under-resourced
to meet the level of service demand (both in terms of intensity of service provision and numerical demand). Funding agreements are overly prescriptive and restrictive, dictating short-term, output-focused service delivery models. As such, services are hamstrung from achieving their full potential to be innovative and respond effectively to the real needs of young people within the context of their individual circumstances.

The combination of funding criteria and competition-based tendering were seen as creating a sector culture that encourages ‘siloed’ service delivery. Organisations become inward focused and are increasingly operating independently of other services. Service delivery becomes focused on narrow, specified outcomes at the expense of addressing the inter-related needs affecting young people’s long-term outcomes. Funding criteria also effectively preference funding to large NGO’s at the expense of experienced, specialist local agencies that typically have a more sophisticated and nuanced understanding of local community and youth needs.

Respondents also described the constant change imposed by the lack of funding security inherent in short-term contracts and defunding of programs. This impacts support relationships with young people and inhibits services’ capacity to offer ongoing support over time for young people with multiple complex needs. It also
fosters a sector culture plagued with uncertainty that makes it difficult for organisations to undertake long term agency-level planning and offer job security to staff.

Staying in Australia a searching article, Whatever happened to civil society by Vern Hughes echoes the findings of the NCIA Inquiry into the Future of the Voluntary Services. to which IDYW contributed.

In the last 40 years the architecture of voluntary citizen action has been transformed. Why aren’t we fighting back?

At the annual meetings of the World Economic Forum in Davos, ‘civil society’ is referenced in virtually every presentation and fireside conversation. The world, it seems, no longer consists of two sectors—public and private, state and market—there is a third: NGOs and INGOs, charities and philanthropists, human rights watchdogs, aid and development agencies and global environmental campaigns to name but a few. The ‘Third Sector’ has arrived, and Its CEOs now mingle seamlessly with those from banks, energy companies, media giants and government agencies.

The problem with this embrace of ‘civil society’ is that it bears little resemblance to what civil society actually is or means. Most of civil society is not constituted formally or headed up by a CEO. Just 40 years ago, very few not-for-profits or charities had CEOs at all: that term was associated with the corporate sector, and few community groups or charities had even contemplated mimicking the language and culture of such a different sphere. But in just four decades all this has changed, and it has changed at an extraordinarily rapid rate, with very little public discussion or scrutiny of the enormity of the organizational transformation involved and its social and political impact.

He suggests in a provocation to many of us:

The principal factor, however, in driving both the transformation of the social sector and the relatively low level of critical public debate about it has been the global rise of the managerial class and its capture of much of the not-for-profit world. In the wake of the 1960s/1970s social movements, governments invested heavily in a plethora of welfare state programs and services, and universities churned out an army of social science practitioners with an insatiable demand for things to manage.

Not-for-profits and charities were easy pickings, so voluntary associations of all kinds were transformed into instruments of service delivery, ‘community representation’ and ‘therapeutic welfare’ in the public interest. Traditional bodies such as the Red Cross, the YMCA, church missions and voluntary health societies fell like dominos to ‘management capture’ and quickly became unrecognisable to those who knew them a generation before.